In its third generation, is BMW’s compact SUV still an under-the-radar success?

What is it?
The latest BMW X3 is the third-generation version of the brand’s mainstream compact SUV.

Our view
The BMW X3 deserves to earn far more headlines than it does, as one of the most effective premium SUVs on the market.

Only the too-extensive options list detracts from the quality and performance of this model. 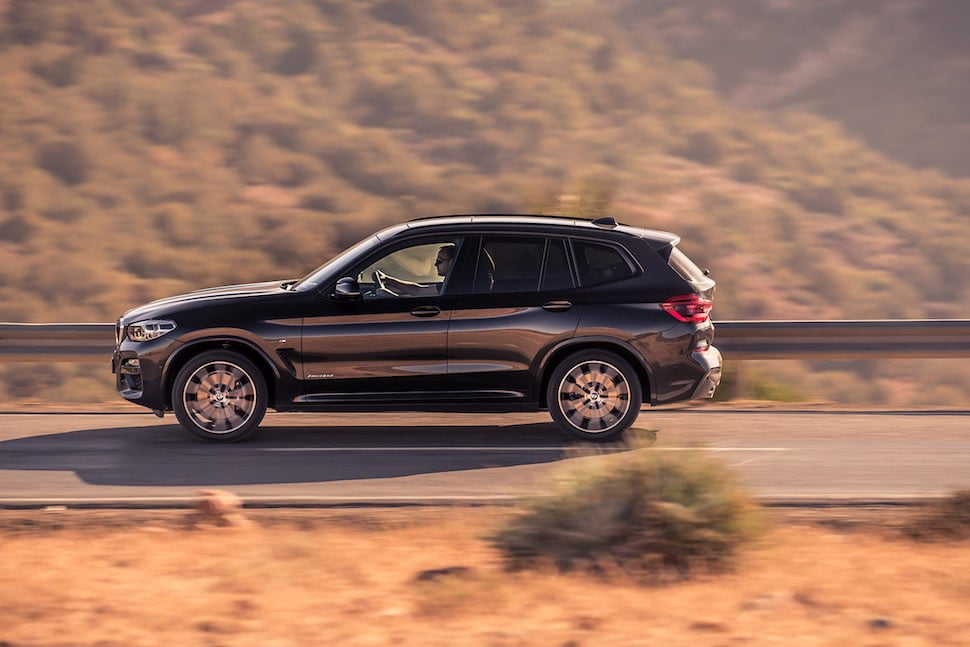 BMW fans don’t get very excited about the X3 – it wasn’t the brand’s first SUV, arriving in 2003 four years after the X5 took the German performance car brand in a whole new direction, and the pioneer’s smaller sister has apparently never been that highly regarded.

Impressions can be misleading, however, as X3s are very prolific indeed on the roads. Over the past 15 years or so, BMW has sold 1.3 million of them – this is a vehicle that does its job very well, without writing headlines about it.

BMW will hope, perhaps, that the latest version makes a deeper impression. On sale since the end of 2017, this all-new third-generation model adds more distinctive styling, a petrol engine option and a performance variant, while not scrimping on the basic core abilities that have made the X3 so popular – in an understated sort of way…

And the latest X3 has to make a deeper impression because the market it competes in has exploded beyond all recognition, now populated by the most competitive of new rivals such as the Jaguar F-Pace and Volvo XC60.

Answering this challenge includes giving the X3 a new exterior treatment – it’s nothing radical but it does make for a more connected appearance, with none of the odd styling touches that have blighted previous versions. The detailing is carefully applied too, each of the SE, xLine and M Sport versions getting their own individual looks in such areas as grilles and lights – distinctive from one another, but not by too much.

Buying and owning a BMW X3

The new X3 is basically the same size as its predecessor (which notably is a little larger than the first X5 launched back in 1999…). However, there’s an extra 5cm on the wheelbase, which means more interior space.

The latest construction techniques (shared with the 5 Series saloon) see significant weight saving, which is good for efficiency and that traditional BMW trait, handling (yes even on an SUV). And a perfect 50:50 weight distribution aids the in-corner poise, too.

Yet BMW wants us to realise that this is a proper SUV, unlike most of them these days. So every X3 comes fitted with all-wheel-drive, and the marketing types also emphasise the fording depth of 50cm and off-road friendly approach and departure angles. Few owners will take their X3 off-road, but BMW wants us to believe you can.

Diesel engines have always been core to the X3 line-up and the latest model maintains the trend, starting with the 4-cylinder, 2.0-litre unit of 190hp that is fitted to our XDrive20d test car. There’s also a more powerful 30d, with 265hp from its 3.0-litre straight-six engine.

For petrol fans there is a high-power option in the form of the M40i – it has 360hp and a sub-five-second 0-62mph time, as it should considering this is the first X3 to wear BMW’s much-desired ‘M’ badge.

Likely to interest rather more buyers in today’s market, however, will be the new mainstream petrol option. The 20i employs a four-cylinder unit, with 184hp. It becomes the entry-level X3, at just under £40,000 – but there is so much tempting stuff on the options list that it will be almost impossible to avoid pushing your final bill over £40K and into the realms of five years of £450 annual road tax rates.

To give an example – our test car has an on-the-road price of £41,990 but close to £8,000 of options fitted. This includes such desirables as the £1,690 ‘Technology Pack’, which includes wireless phone charging, a head-up display, the digital cockpit panel, and operation of various items by means of gestures. Apple CarPlay? It might be supplied for free on Kia Ceeds and the like, on a BMW X3 it’s a £235 option…

Still, no scrimping on safety, as the X3 comes with a five-star Euro NCAP crash-test rating. Autonomous Emergency Braking is standard, but of course the best option is all the tech available including adaptive cruise control (a £620 option) and steering and lane-changing aids which are part of the ‘Driving Assistant Plus’ safety pack, again on the options list.

Continued on next page: Interior, drive and our verdict

All the most important new car launches, model updates and car reviews

New car warranty – Do I have to have my car serviced by a dealership?