Roadster and coupe get an extra 24hp to 2.0-litre engine

A package of updates to the Mazda MX-5 is to include an increase in maximum engine power.

On sale in September and applied across both the roadster and RF hard-top versions of the car, the refresh will see a revised version of the 2.0-litre SkyActiv petrol engine fitted to the car, its maximum power raised from 160 to 184hp.

This has been achieved by the use of lighter pistons and con-rods, revisions to the camshafts and exhaust valves, the fuel injectors, throttle valve and air intake.

The redline on the engine now increases from 6,800 to 7,500rpm, while peak torque raises by 5Nm. This cuts eight tenths from the 0-62mph time of the 2-litre MX-5 in roadster form,  now hitting the mark in 6.5 seconds. RF manual models improve by six tenths and the auto version by half a second.

Mazda adds that the new potency does not come at the expense of efficiency. Both the 2019 MX-5s engines achieve Euro 6d Temp emission regulation compliance under the new WLTP emissions rules, while the introduction of Mazda’s i-Eloop and i-stop kinetic recovery and stop-start technology on the 2.0-litre models results in the new engine returning lower CO2 emissions than the outgoing 160hp car.

The upgraded engine will be available in a range-topping GT Sport Nav+ model from 1st September, with versions in SE-L Nav+ and Sport Nav+ models going on sale later in the autumn.

Mazda has also improved the 1.5-litre MX-5 engine, which sees a sight power and torque increase to 132hp and 152Nm, with no penalty in economy or emissions. These go on sale across the rang eon 1st September.

Other 2019 updates include telescopic steering adjustment, improved seat sliding, while the only changes to the styling are to add new 16 and 17-inch wheel designs. 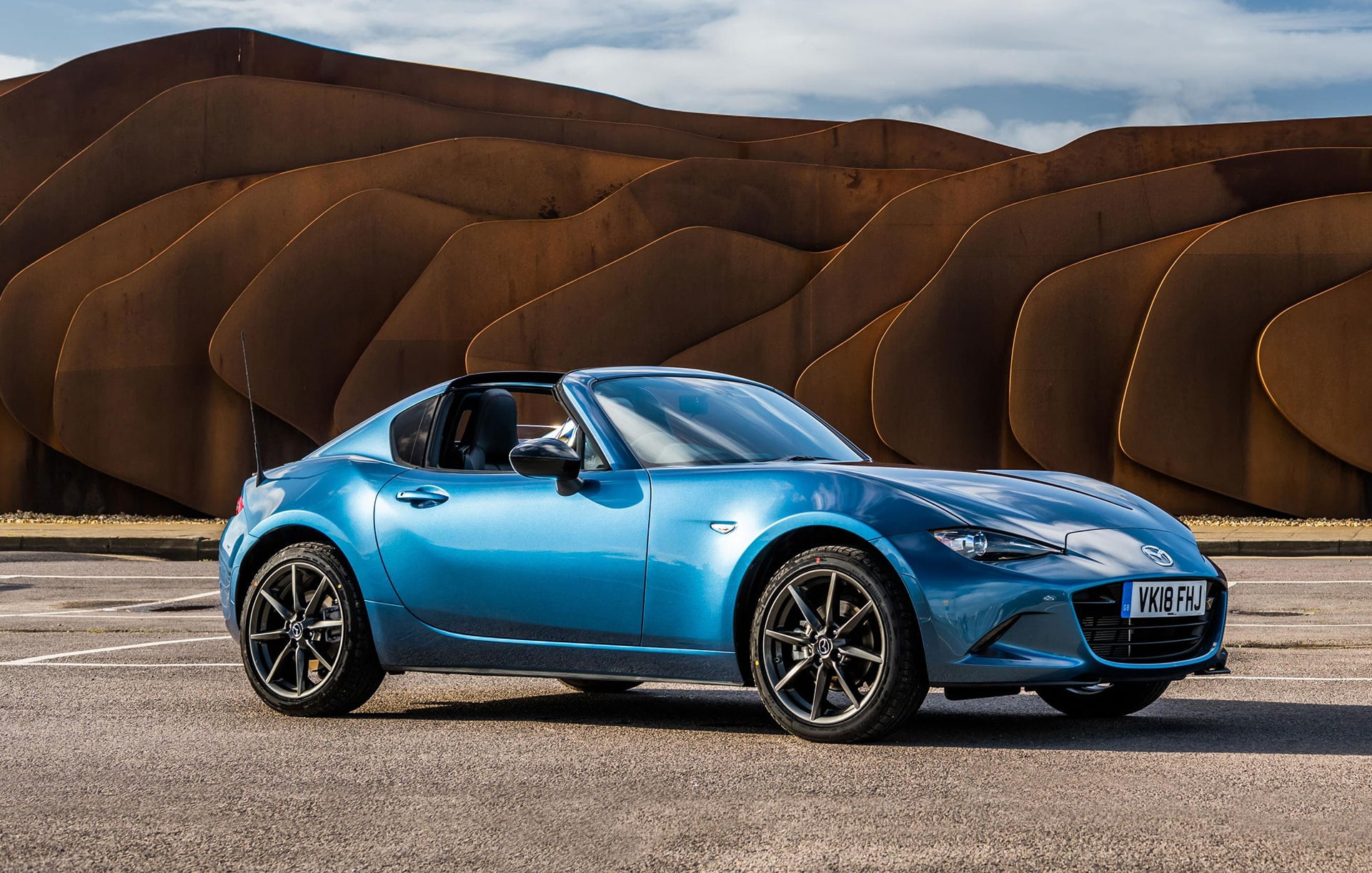 The PCP (personal contract purchase) is the most popular type of car finance. This guide tells you everything you need to know about PCP car finance.
Read more
More advice

The Nissan Juke has received widespread praise for its smoother styling compared to the divisive original, as well as being much better to drive.
Read more
More ratings

Hyundai has pulled back the covers on the new i20, with the supermini the first car to sport the firm’s ‘Sensuous Sportiness’ approach to design.
Read more
Model update

Get a better deal on your next car

Stay up to date with all the latest advice with The Car Expert newsletter.
Essential car buying and car finance advice, plus the latest news and car reviews.