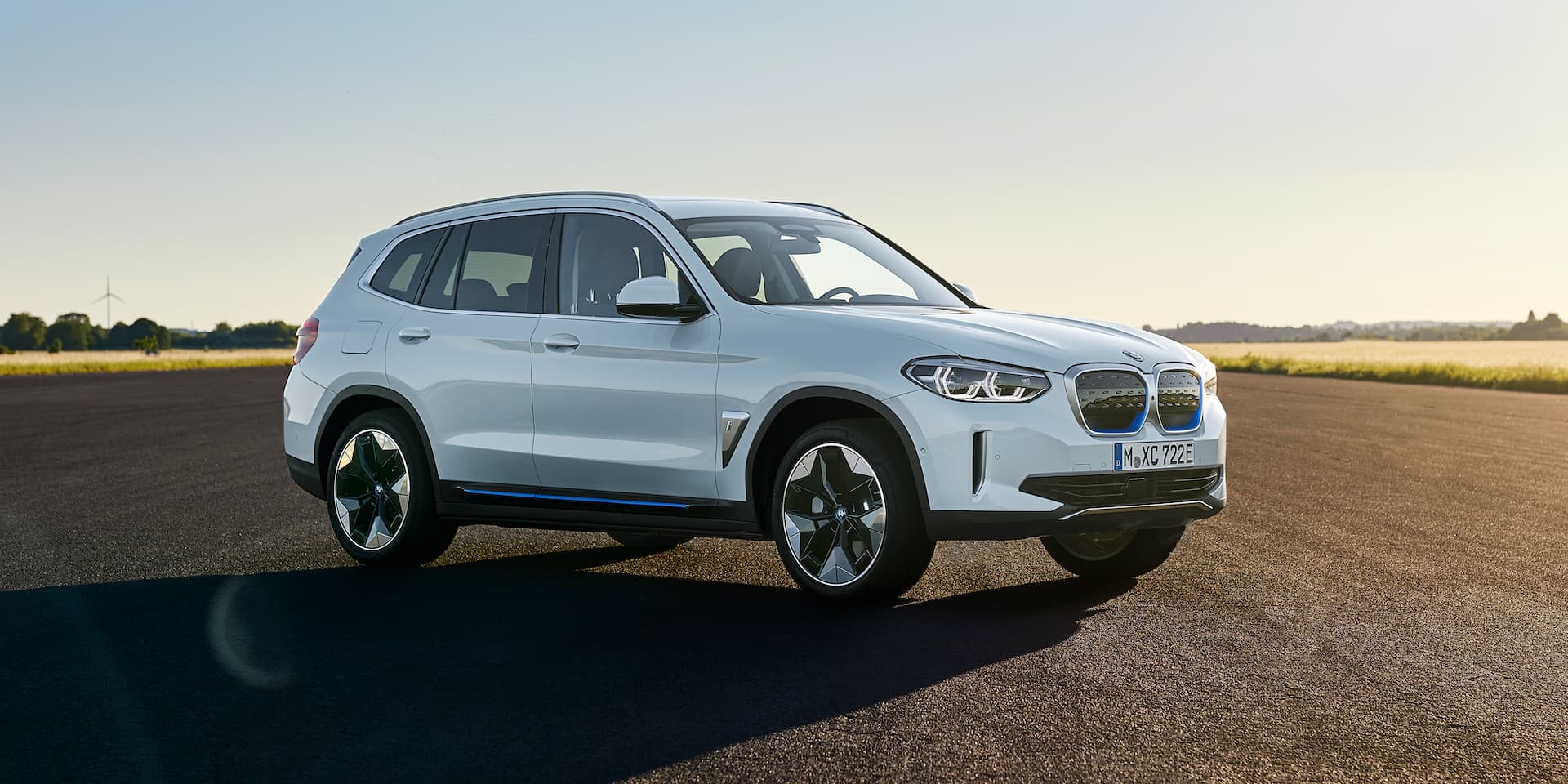 BMW has revealed its latest electric vehicle – the iX3, which is due to arrive in the UK next year.

The second battery electric vehicle (BEV) to be produced by BMW, the iX3 arrives in production form after first being showcased at the 2018 Beijing motor show. It sits above the smaller i3 in BMW’s range of EVs.

The first of three new electric BMW models set to go on sale in the next 18 months, the iX3 is the result of a partnership between BMW and Chinese car maker Brilliance. At a time of economic tension and tit-for-tat sanctions between China and the USA (which is likely to be one of the iX3’s biggest markets), it’s notable that the iX3 is the first BMW to be produced in China for export around the world. The regular X3 and most other BMW SUVs are built in America.

Essentially an electric version of BMW’s popular X3 SUV, the iX3 packs a newly developed rear-mounted electric motor and battery setup, which produces 285hp and can travel up to a claimed 285 miles between charges. Like most electric vehicles, that power is delivered through a single-speed gearbox.

BMW claims that 0-60mph will take 6.5 seconds, while its top speed is limited to 112mph. The iX3 boasts 150kW DC rapid charging too, which should result in an 80% charge time of just 34 minutes at a suitably powerful rapid charging point.

In terms of design, the iX3 follows the look of the regular X3, albeit with a few noticeable changes. The front grille is blanked off, for instance, while the sills and rear bumper have been lightly revised. Blue styling elements have been included in the grille, sills and rear bumper which do help to differentiate the EV from its petrol-powered stablemates.

The BMW iX3 is expected to arrive in the UK in March next year. We’ll provide full UK pricing and specification as soon as it is announced.

Jack Evans
Articles by Jack Evans are provided for The Car Expert by PA Media (formerly the Press Association). They include test drives of the latest new cars and features on various aspects of automotive life.