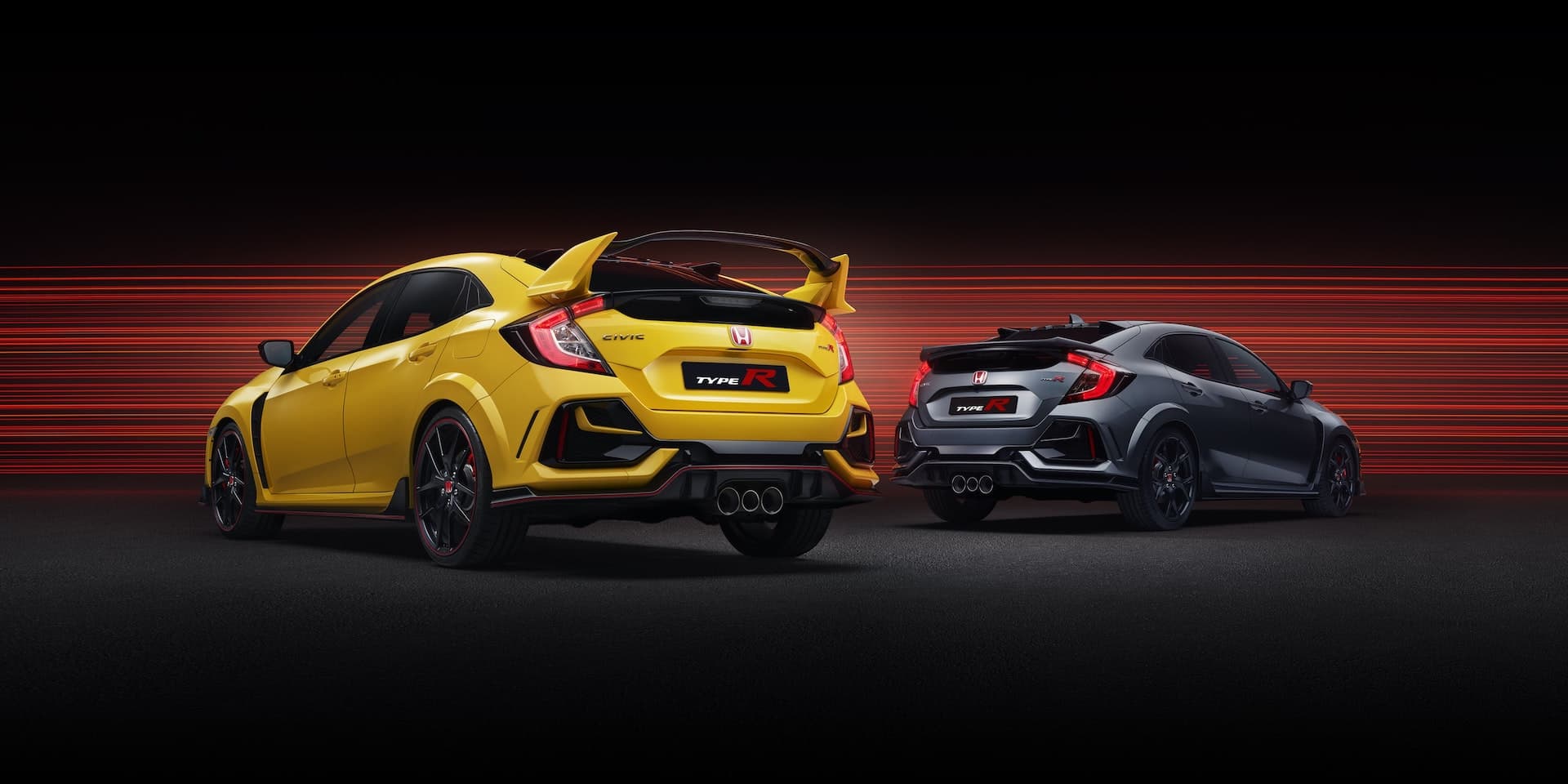 Honda has overhauled its Civic Type R, introducing a track-focused version along with a more subdued option.

Range-wide alterations follow on from that of the base Civic, including infotainment upgrades that see the introduction of physical buttons. Subtle styling changes also come in the form of lightly altered fog light surrounds, new LED light clusters and daytime running lights.

Mechanical changes have been made as well. A larger air intake is said to improve cooling with the following drag increase then offset by a redesigned dam under the bumper, while minor alterations have been made to the suspension to improve handling. Uprated brakes are included too.

Rounding out range-wide changes are the introduction of an Alcantara steering wheel and newly shaped gear knob that harks back to older Type R models.

Those looking for a no-compromise Civic Type R can now opt for the Limited Edition, assuming said customers dip into their wallets fast enough. Restricted to just 100 units in Europe (no word on how many of those are UK bound), this track-oriented edition has seen a number of enhancements made in the name of outright performance.

Its infotainment and air conditioning systems have been torn out, as well as a variety of soundproofing elements, in a bid to shed as much weight as possible. It’s said to be 47kg than the standard Type R GT as a result.

New 20-inch forged BBS alloy wheels have been introduced too and have been wrapped in Michelin Cup 2 tyres for maximum grip. The 2.0-litre turbocharged four-cylinder retains its 320hp and 400Nm of torque, sent via a six-speed manual gearbox to the front wheels with a resulting 0-60mph time of 5.5 seconds.

Marking out the Limited Edition is a ‘Sunlight Yellow’ paint scheme contrasted by black styling elements and a darkened ‘Civic’ badge.

Those who love the performance of the Civic Type R but don’t really want to scream about it can now opt for a Sport Line specification. This gives a more understated appearance, with the large rear wing replaced with a deck spoiler and the signature red strip around the edge of the car replaced with a grey alternative.

The Civic Type R Sport Line gets a unique set of 19-inch alloy wheels, while inside the car, the red bucket seats are replaced with similar black units.

There’s no word yet on pricing and UK specifications for the refreshed Civic Type R range. We may get more news at next week’s Geneva motor show, or we may have to wait until closer to the mid-2020 market introduction to find out.

Ryan Hirons
Articles by Ryan Hirons are provided for The Car Expert by PA Media (formerly the Press Association). They include test drives of the latest new cars and features on various aspects of automotive life.