The all-electric Renault Zoe has been heavily criticised by safety organisations after being awarded the worst-possible result of zero stars by Euro NCAP.

The current Renault Zoe, which has been on sale since 2019, is an evolution of the original model that was launched back in 2013. However, both Euro NCAP and UK safety organisation Thatcham Research have slammed Renault’s decision to remove key safety equipment from the latest version.

The Zoe is only the third car in Euro NCAP history, which dates back to 1997, to have received a zero-star rating. In more bad news for the Renault Group, the Dacia Spring – an all-electric SUV not currently available in the UK – scored a paltry one star.

Euro NCAP was scathing in its summary of the Zoe’s result: “The new Zoe offers poor protection in crashes overall, poor vulnerable road user protection and lacks meaningful crash avoidance technology, disqualifying it for any stars.”

The original Renault Zoe scored five stars from Euro NCAP when it was first launched in 2013. However, Euro NCAP’s standards have been raised significantly since then, meaning manufacturers need to continually improve their vehicles to maintain or improve their scores.

Euro NCAP says that Renault has not only failed to make any improvements to the Zoe’s safety equipment over the last eight years, it has actually removed crucual head protection airbags from the Zoe when it was updated in 2019.

While the original Zoe was fitted with airbags in the front seats that inflated to protect both the head and thorax (chest) of the driver or passenger. On the new model, this was changed to only cover the chest area, leaving the head exposed. This has significantly reduced protection for front seat occupants in side-impact collisions.

As well as making the Zoe less safe in a collision, Renault has done nothing over the last eight years to help it avoid a collision in the first place. Accident avoidance technology, known as active safety, has become the main focus of car safety as it’s obviously better to avoid an accident altogether than to survive one.

Active safety technology, like autonomous emergency braking systems that can apply the car’s brakes if a driver fails to slow down when approaching a hazard (like another car, a pedestrian or a cyclist) has become almost universal in recent years, and has been credited with saving countless lives, yet is not available on the Zoe.

Poor scores in every category

While the headline star rating is what gets most attention, Euro NCAP testing is divided into four categories – and the Zoe performed very badly in every category. We’ve compared its results with the Renault Clio, which is about the same size and from the same company, but powered by a petrol or hybrid motor.

For adult protection, the Zoe scored 43%. The Clio scored an absolutely excellent 96%.

Matthew Avery, who is the chief research strategy officer at the UK’s Thatcham Research, said: “The adult occupant score of 43% for the Renault Zoe is the lowest we have seen in 11 years.”

For child protection (based on two child dummies, representing a six-year-old and a ten-year-old, sitting in the rear seats in age-appropriate child seats), the Zoe scored 52%. The Clio scored 89%.

For vulnerable road user protection (pedestrians and cyclists), the Zoe scored 41% while the Clio scored 72%.

For safety assist (accident avoidance systems), the Zoe scored a shocking 14%. The Clio scored 75%, which is also the average score for supermini-sized small cars tested this year.

Is the Renault Zoe still legal?

Yes. The Renault Zoe has passed all legal requirements to be sold in the UK and across the European Union, and today’s results do not affect its legality.

Euro NCAP is an indepenent body, whose testing goes above and beyond the basic standards set for vehicle legality. It performs multiple crash tests from different angles and at higher impact speeds than the minimum legal requirement. It also assesses the ability of a car to avoid accidents using technology like autonomous emergency braking and blind-spot assistance systems.

Here in the UK, Euro NCAP’s member organisation is Thatcham Research. Thatcham conducts safety testing on behalf of Euro NCAP as well as running its own research and testing programmes to help make cars and roads safer.

Euro NCAP secretary general, Michiel van Ratingen: “Renault was once synonymous with safety. The Laguna was the first car to get five stars, back in 2001. But these disappointing results for the Zoe and the Dacia Spring show that safety has now become collateral damage in the group’s transition to electric cars.”

Thatcham Research chief research strategy officer, Matthew Avery: “It is a serious concern to see results like this in 2021, especially from a carmaker who has previously performed well in Euro NCAP testing.

“Renault was the first to achieve the full five-star rating in 2001, in part because it was also the first to include a combined head and thorax airbag in the Laguna. Although this was a new and revolutionary safety measure at the time, today this airbag is available on most modern cars.

“Unfortunately, a conscious decision has been made to remove the head protection from this vital passive safety feature, by the brand that pioneered the use of it. As a result, the safety of occupants within the vehicle has been severely impacted.

“It’s a shame to see Renault threaten a safety pedigree built from the inception of the rating.”

We reached out to Renault UK’s communications team about the Zoe’s Euro NCAP score. This is their response in full:

“Renault takes note of the results published by EuroNCAP following specific tests on Zoe E-Tech Electric according to its new protocol implemented in 2020.

“First of all, Renault reaffirms that Zoe E-Tech Electric is a safe vehicle, which complies with all regulatory safety standards. These standards are constantly evolving and are becoming more stringent in all domains, especially in  safety. Renault therefore continually improves its offer in order to comply with the regulations applicable where its vehicles are sold.

“Zoe was launched in 2013 and received 5 stars with EuroNCAP protocol at that time. The EuroNCAP protocol has since 2013 undergone 5 changes. With the same equipment, a model can lose up to 2 stars in each protocol change.

“The evolution of the current Zoe was decided in 2017 adapting the passive safety equipment to real accidentology and updating the car with state of the art ADAS equipment such as Advanced Emergency Braking with Pedestrian and Cyclist Detection, Lane Departure Alert and Lane Keeping Assist, using a radar and a camera.” 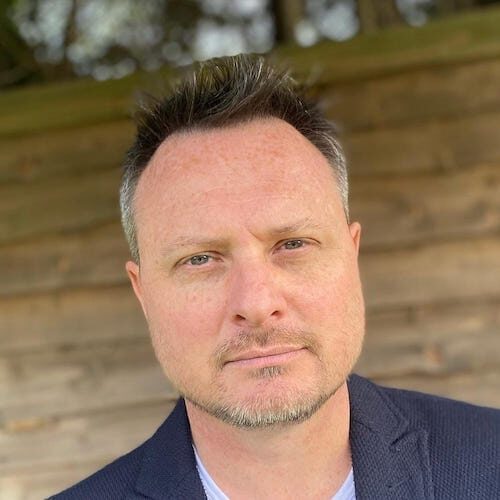 Where has the Comments section gone?

We've had to disable our Comments section due to some technical issues. We're working on it, and will hopefully have a solution shortly.

How to deter car thieves on a budget